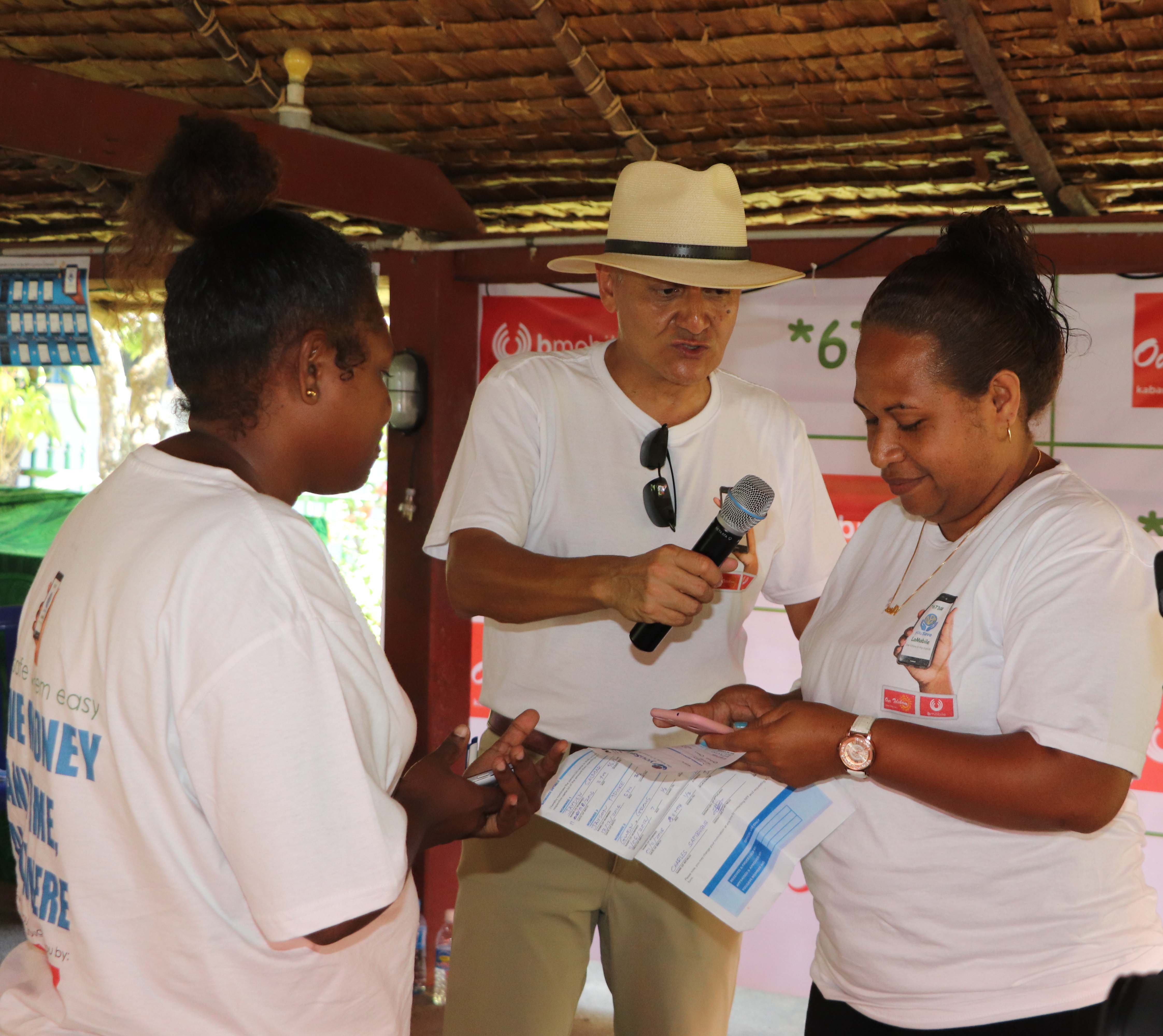 NPF achieves a very important milestone in the journey of the youSave in particular in terms of making it easy and convenient for members to make deposits to their youSave accounts anytime and anywhere within reach of the two Mobile Network Operators coverage.

Deputy Chairman of the SINPF Board Dr Aaron Oritaimae made the statement at the launching of  the youSave Lomobile at the SIBC leaf hut in Honiara on the 9th of November, 2019. Equally it is a very important for the NPF to quickly build the assets under management for the youSave and youSave LoMobile can get us to the targets quicker and cheaper.

Dr Aaron said the launch of “youSave LoMobile is also another positive contribution and case study for the government’s ICT plan to digitise our economy. As you know, the youSave airtime relies on a robust Information Technology and Communication Systems.

He said in 2017, the youSave started with manual recording system, to establish new accounts. This changed in 2018, when a digital system was established members details are uploaded and cards printed immediately. Now, after airtime launching youSave registrations is possible with using an application on any android phone.

Meanwhile, the General Manager for Solomon Islands National Provident Fund adds the culmination of the launch is the product of many hours of hard and intelligent work under the guidance of Mr Sanjay B Shah that spanned over a period of more than 12 months.

The youSave LoMobile is a creation of a multi stakeholder team effort from our two telecommunications companies, SINPF, CBSI, UNCDF/PFIP under the direction of the project consultant, Mr Sanjay B Shah.

The development of the innovation started with a discussion in late 2017 by the former CEO of Solomon Telekom the possibility of using airtime for youSave.

Speaking at the launching the SINPF GM Wate said that the SINPF has recruited 100 ambassadors who will be signing and registering new youSave members using an app on their mobiles.  These ambassadors had already received their training.  A number of these ambassadors will travel to Malaita and the Western Provinces.