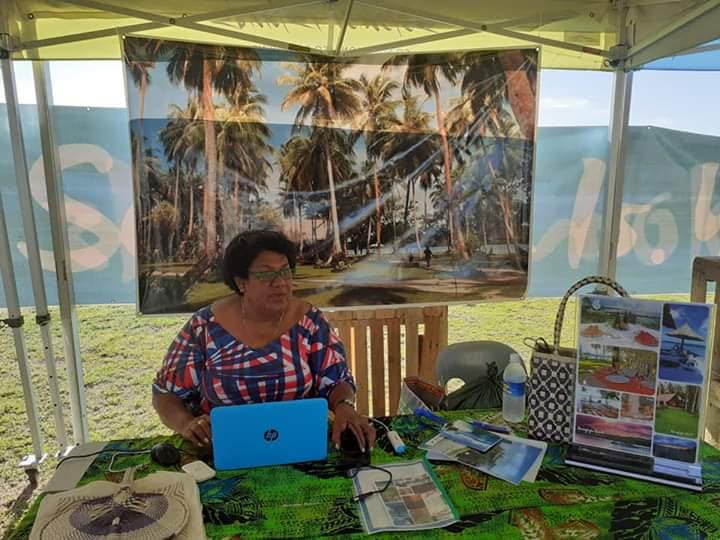 Manager of Tavanipupu Island Resort (TIR) Mereoni Adimaisau says it is my new management team and staff flagship marketing strategy to transform the resort into a top resort in Solomon Islands to offer world class tourism and hospitality.

“Since I resume as a new manager, TIR have a good team of staff that supports me and this are the team that will propel Tavanipupu forward,” she said.

“Also my vision to facelift TIR to become the first mariner resort in Solomon Islands and also to build more bungalows up to 15, because currently only 9 bungalows were in use by guests.

Mrs. Mereoni who hails from Fiji says Solomon Islands Ports Authority will be instrumental for a propose project to allow boats to come into Marau sound. They have confirmed this month to survey and asses the Marau Sound. After the assessment, TIR management and staff with SINPF Investment to consider establish a Mariner in the resort for many tourist yachts coming through from South East Asia.

“Despite negative publicity in the media the new management will work hard and intelligently to build on the brand name of TIR”, Mereoni said. Since inception of my management team, marketing of the resort, the bookings by international guests is increasing rapidly.

This was increasingly evident, as recently TIR have a group of Swedish doctors, Canberra Grammar School, American writers, foreign journalists and other high profile overseas guests coming and spend nights at the resort.

At a farewell reception host by TIR for the guests they dubbed Tavanipupu is pop out as Tavanipupu as the top resort in Solomon Islands.

She had expressed the future of TIR lies in marketing of the resort to boost international guests coming to the resort for their holidays.

TIR is making headlines overseas as an international brand when the Royal visit by Prince William and Princess Kate spend their honey moon in the resort in 2012.

The resort was featured in the Australian Campaign on channel 7 from the month of August to October, 2019 featuring a weekend special of three nights.

TIR is a major investment own by Solomon Islands National Provident Fund since June 30, 2017. It boosts employment and engaging surrounding communities at Marau sound to venture into tourism activities that stimulate the rural economy.