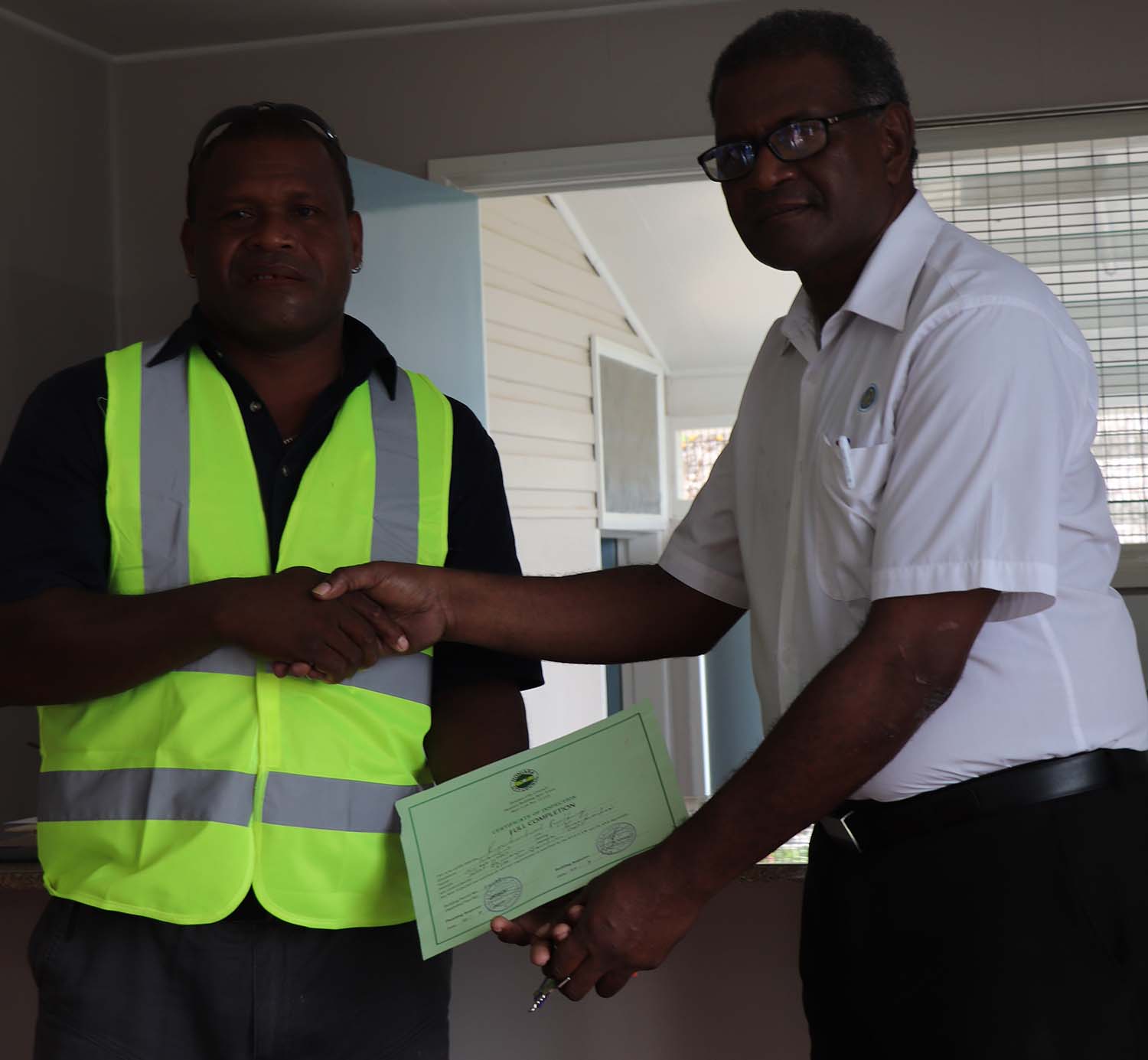 Solomon Islands National Provident (SINPF) Board has opened its new duplex to accommodate its staff on 23rd of September 2019 at Tasahe. The opening went along with inspection; key handover and blessing from Anglican priest Jabesh Akao.

General Manager of SINPF Mike Wate said, the handover of the New Duplex demonstrates true spirit of working together with the contractor to ensure the Duplex was completed on time.

General Manager Wate was impressed with the standard of the building is of high quality and applaud STM Contractor to complete the construction within 6 months that meet the building standard thus, Honiara City have awarded a Certificate of Occupancy.

The New Duplex was reconstructed this year after it was burned down in 2017. According to QBE Insurance ‘Property Damage Claim Discharge’ QBE insured to SINPF the sum of Six Hundred and Eighty-one Thousand and Seven Hundred and Seventy- two Dollars only ($681,772.00) in full and final settlement of our claim made under  QBE residential building which occurred on or about the 19th November 2017.

Speaking to SINPF media, the Managing Director of STM Contractor Timothy Mike Sigi has revealed that he was pleased to work with SINPF Board particularly to ensure the project the construction of New Duplex was completed.

“My construction company built for various companies and business houses in Honiara and this has been a clear testament to SINPF to employ me to build for them in the past and also to build the new current SINPF New Duplex”, he said,

Mr. Sigi has confirmed that the SINPF Property Department has commended STM as one of the best contractors SINPF Board Property Management has engage to build SINPF staff houses and others.

The handover ceremony was attended by managers and senior staff of various departments in SINPF.