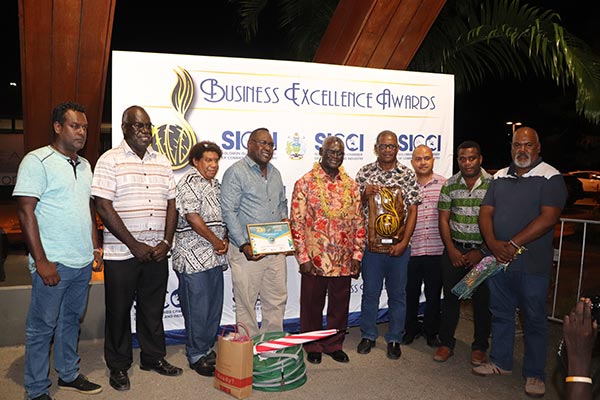 According to General Manager of SINPF Mike Wate, the successful awarding of the ultimate Prime Minister’s Business Award was unexpected and was a very warming and heartening close for a successful 2019 calendar year.

On behalf of the Board and all the team at the Fund, with humility we accepted the award.

He said the successful reward of these 2 awards for youSave outstanding contribution to community development and the overall contribution by the Solomon Islands National Provident Fund is a culmination of an outstanding team effort.

The Prime Minister’s Award is the grand prize and ultimate award in the business excellence awards.   It is the award not open for nomination and is the selection made by the judges on the standout of our organisation.  It is based on the “wow factor” and cuts across several or most of the nomination categories.

Our youSave submission for the community award category was successful and hence enabling us to be considered for the ultimate award.

“And it was a product developed in partnership with the UNCDF and the PFIB, an excellent testimony where partnerships can work and make a positive contribution to ordinary lives of our people living and working in our informal sector”.

The late Hon Saru in 1973 moved a motion to establish a scheme for workers (mostly plantation workers) who were not covered by the colonial government pension scheme.  These workers after completing their contracts had nothing to go back home with.