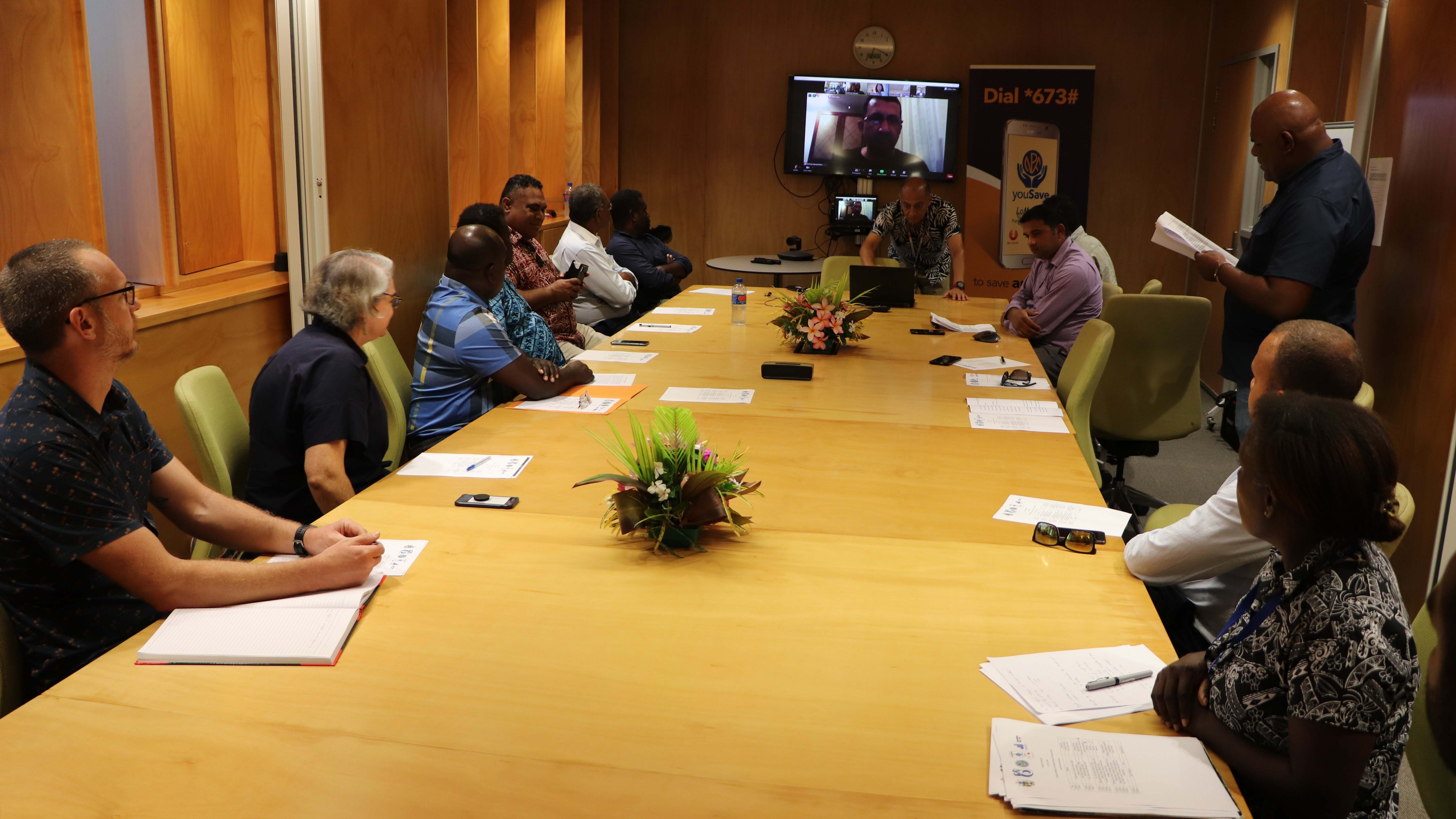 THE MINISTER of Finance and Treasury Hon. Hurry Kuma has appealed to locals who are not employed in the formal sector to join youSave.

He issued the call during a joint press conference held in his office last Friday.

Minister Kuma says youSave is the best saving scheme in the country for locals who are unemployed in the formal sector but can still earn money.

They can become a member, he added.

Mr Kuma said the move is a clear testament of our government is committed to ensure people save money to improve their standard of living in the country.

Minister Kuma is urging locals that it is now time to save your money in youSave.

“youSave is one of the SINPF product and members saving in youSave you joined NPF which is the leading and biggest financial institution in the country that own big subsidiaries companies.

Every year these companies paid dividend to SINPF then NPF award its members in the formal and informal sector (youSave) crediting interests to members account.

“Good news for youSave customers that finally SIG has approved Tax Refund for Airtime Credits and it is encouraging for locals, such as farmers, fisherman and market vendors to save more in youSave” Minister Kuma said.

The approval means that for any amount of deposits that youSave members make to their account using airtime credit, a 10% of the amount deposited will be refunded directly to the members account.

This is a huge commitment made by SIG to encourage the informal sector, especially those youSave members residing in the provincial and rural areas to remit their savings to their accounts, using mobile top-ups via the youSave loMobile Service.

The approval is a huge boost for the youSave loMobile service since it was launched by the SINPF in November 2019 to assist youSave members living in the rural and remote parts of Solomon Islands. The youSave program itself was launched earlier in May 2017 by the SINPF with the technical support of the United Nations Capital Development (PFIP-UNCDF) and funding assistance by the Government of Australia.

The youSave loMobile is a service provided by SINPF under the youSave micro-pension savings scheme. The service is a culmination of the public private partnerships between the SINPF, Solomon Telekom, Bmobile, CBSI and SIG with the technical assistance of the Pacific Islands Financial Inclusion Program-United Nations Capital Development (PFIP-UNCDF) and funding by the Australian Government.