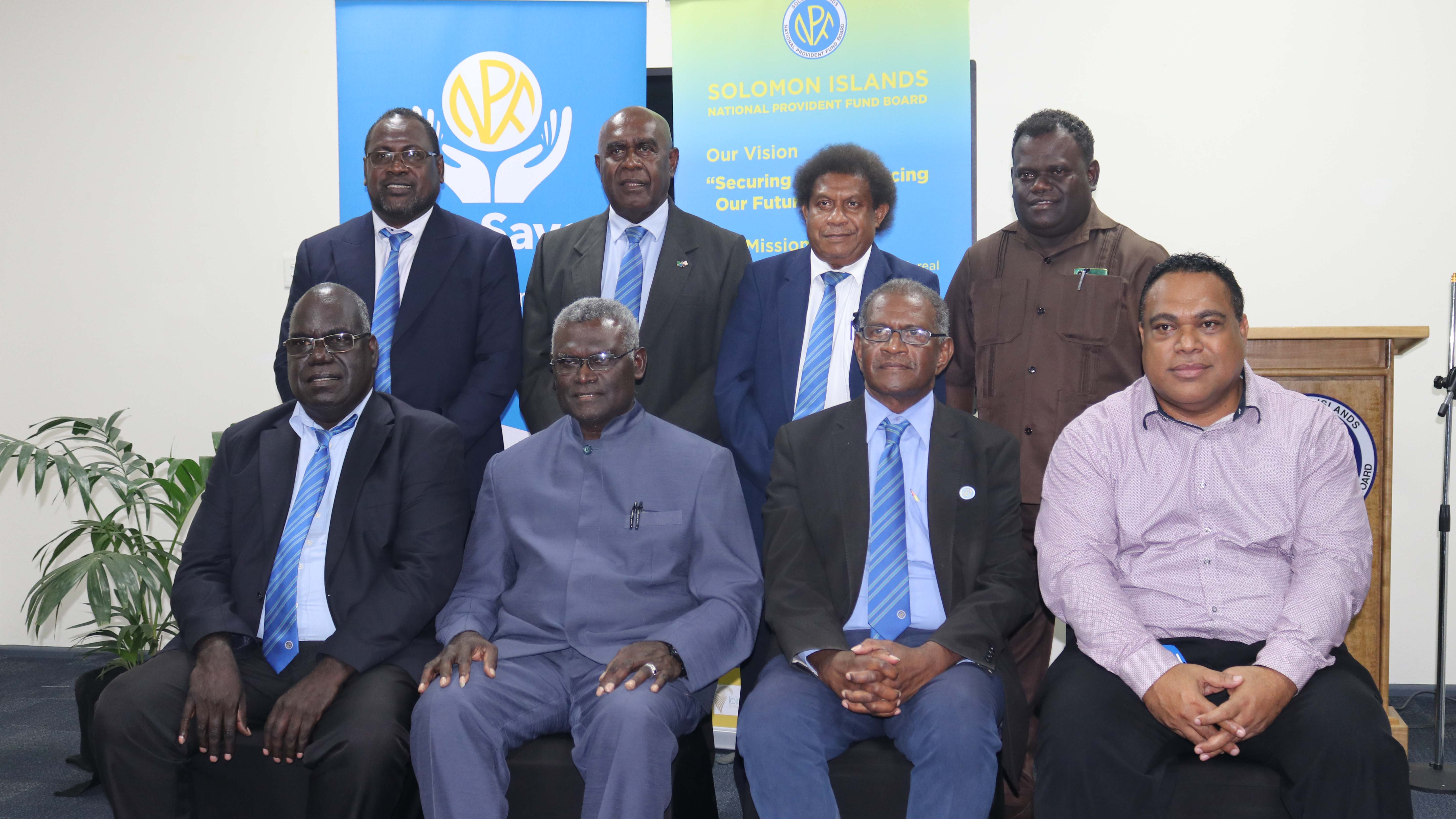 The Prime Minister and Minister of Finance Acting Manasseh D Sogavare was pleased to announced the 2021 Crediting rate for its members, for the financial year ending 30 June 2021.

He agreed with the SINPF Board decision made in the morning meeting on 30th September to approve an award for its members that will be applied to their retirement account balances on 30 June 2020 and credited to their accounts on 30 September 2021.

He said we all know that the past 15 months to 30 June 2021 had been a challenging time for the global economy including our own in Solomon Islands, and the SINPF had not been spared the negative impact of the global COVID-19 pandemic.

Despite these challenges I have been advised that the Fund has a rewarding year with gross incomes expected to settle just over $400 million for the year.

After adjusting for direct investment costs, impairment costs, and operational costs, the Board is confident that up to $340 million can be available for crediting.

This year’s Members’ rate is higher than the 3.7% paid out to member in 2020. It shows that our Fund has been investing and managing our funds well despite the challenges posed by the pandemic.

“I am also happy to inform this August gathering that the full $168,612,861 will be paid from the Funds operational performance in the past year, as compared to last year’s members’ rate where the Board had to use parts of the reserve to meet the payment.

In relation to the ‘Members Special Death Benefit’, the Board has decided to keep the rate at $7,500 noting that this was only increased to this new level last year.

During the past 2 years, the Fund purchased a total of $240 million long term development bonds providing funds for my government to invest in necessary infrastructure and to support my government’s economic stimulus package to keep our economy going.

My government recognises the vital role that the Fund plays in our financial sector. In that regard it is vitally important my government continue to ensure the Fund is well managed and protected.

I am also encouraged that positive movements in the Fund’s investments portfolio have contributed to the government’s improved sovereign risk rating – which is one of the key criteria in the independent fair value valuations of the Fund’s unlisted equities.

“I assure you all that my government, will continue to manage, grow, and protect our economy in a prudent manner so that we can spread the benefits of our investments to all the citizens of our country.

Prime Minister commends the  SINPF Board, Management, and staff of the Fund for looking after and managing our members’ fund prudently despite the current difficult circumstances which has resulted in today’s announcement of a modest crediting rate for all members of the Fund.

In attendance were SINPF Board Chairman, Deputy Chairman, and Members of the Board, SINPF CEO/General Manager Mike Wate, Governor Central Bank of Solomon Islands (CBSI), Dr Luke Forau, The Permanent Secretary, Ministry of Finance and Treasury, Mr. Mckinnie Dentana, Auditor General, Mr David Dennis Chairperson and CEO of Solomon Islands Chamber of Commerce and Industry and members of the private sector companies and organisations and CEO’s of SINPF Board major and minor subsidiaries