The Announcement of SINPF 2014 Crediting Rate 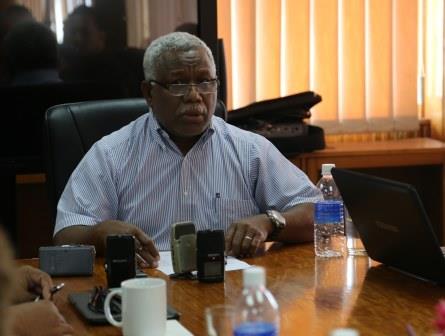 It gives me great honor and pleasure on this very important event in the Fund’s annual calendar to announce the 2014 Crediting Rate for NPF members’ contribution balances for the financial year ending 30 June 2014.

On the advice by the Chairman of the NPF Board Mr. Baoro Koraua, at their meeting held earlier this morning the NPF Board has considered and based on the Fund’s expected financial performance for the 2014 financial year, has awarded the following;

In making this announcement I would also like to congratulate the Chairman, his board, management and staff of the Fund for another achievement of crediting members’ contribution balances at 15% for this financial year.     On behalf of your members thank you very much and please continue with the good work.

Let me assure your Board and management of the Fund that my department and our government would continue to defend the independence of the Fund as the government recognizes the importance of the fund to the stability of our financial system and to our economy.

In this connection let me also say that the reform of the NPF Act is absolutely necessary. The government has included this as part of its reform priorities. Already Cabinet has given endorsement for drafting instructions which are at an advanced stage. It is expected the new legislation will be tabled before the Parliament in early 2015. It will bring SINPF in line with international standards but with provisions that will suit our local environment.  The new Act will place the Central Bank of Solomon Islands to regulate and supervise the Fund, improving governance and transparency of the Fund’s administration and operations

To close, it is pleasing to note that the Fund’s investment Policy to increasing  members’ return and  protecting their wealth, it also strongly supports the growth of our economy in  key sectors including energy, transportation infrastructure, manufacturing, food security, hospitality, tourism, telecommunications, and housing.

Minister of Finance and Treasury